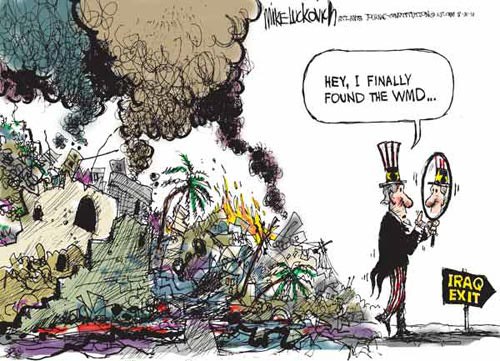 The Gassing Game in Syria: Regime Change and Beyond

US-Russia ties are not the only issue adversely impacted by the US's 7th April bombardment. If the US escalates its military involvement, it will have far-reaching consequences for the on-going conflict in Syria, politics in WANA and global peace in general.

The whole show was designed to let Trump look strong and presidential and to get rid of the "Russia Gate" nonsense the neocons ran against him. The prospect of stopping those attacks was an offer he could not refuse.

Both Trump and Obama have blood on their hands. The Chemical Weapons Attack is being used as a "False Flag", a pretext and a justification to wage an illegal war of aggression.

Deleted Daily Mail Online Article: "US Backed Plan for Chemical Weapon Attack in Syria to Be Blamed on Assad"

Yet it's ironic that Mail Online did not delete their other article where they wrote about the UN's Carla Del Ponte who claims that Syrian rebels are responsible for "sarin gas attacks, which had been blamed on Assad's troops." The same rebels who now receive resources from the EU and the U.S., since the EU is buying oil from those "rebels" and the US is arming them for a proxy war as the Washington Post describes it.