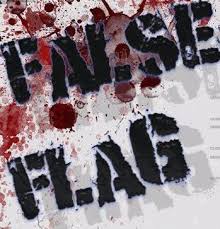 "I'm going to call bullshit on the gas attack. It's too 'on-the-nose,' as Hollywood script-writers sometimes say, meaning a little too perfect to be natural," he said. "This has the look of a manufactured event."

"My guess is that President Trump knows this smells fishy, but he has to talk tough anyway."

Adams pointed out that Syrian President Assad, who's finally regaining territory from ISIS after six years of bloodshed, has absolutely nothing to gain from launching a gas attack which his political enemies in Saudi Arabia and the West could use to justify his overthrow and execution.

"Assad – who has been fighting for his life for several years, and is only lately feeling safer – suddenly decided to commit suicide-by-Trump," he added. "Because the best way to make that happen is to commit a war crime against your own people in exactly the way that would force President Trump to respond or else suffer humiliation at the hands of the mainstream media."