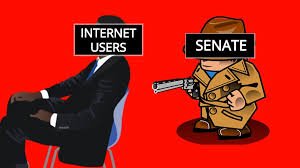 Corporate tracking of your online activity is about to get even more invasive.

Internet service providers will soon be automatically able to collect information on browsing habits, health information, and other sensitive data from its users after the House of Representatives on Tuesday approved a repeal of protections put in place under the Obama administration. On a 215-205 vote, largely along party lines, the House voted undo these Obama-era broadband privacy rules that govern the behavior of internet service providers.

The rules, passed by the Federal Communications Commission, had required users to explicitly opt into data collection by internet service providers. Without these protections, companies like Comcast CMCSA, +0.35% Time Warner TWC, -0.09%   and Verizon VZ, -0.08%   will be allowed to collect user browsing history, alter search results and monitor other online activity to sell the data to advertisers. (None of these companies responded to requests for comment.)

Approval of the bill came despite a backlash from privacy advocates and pressure from tech-savvy voters. The bill passed the Senate last week, and President Donald Trump is expected to sign it.

Consumers are already tracked online by advertisers, but the repeal of these protections will take surveillance to a more intimate level. Internet service providers have been campaigning to remove these regulations for more than a year. Without them, companies will be able to pre-install software to consumers' phones that record every URL visited, insert advertisements across the web based on traffic, and re-engineer search results to direct users to sponsors' pages rather than traditional searches.