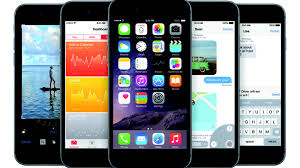 Over the years, I would occasionally resubmit the app, changing its name from Drones+ to Metadata+. I was curious to see if Apple might change its mind. The app didn't include graphic images or video of any kind — it simply aggregated news about covert war.

At its core was a question: do we want to be as connected to our foreign policy as we are to our smartphones? My hypothesis was no. Americans don't care about the drone war because it is largely hidden from view.

In 2014, after five rejections, Apple accepted the app. It remained in the App Store for about a year. According to Apple's internal statistics, Metadata+ was downloaded by more than 50,000 people.

But the following September, Apple decided to delete the app entirely. They claimed that the content, once again, was "excessively objectionable or crude."

Has the Durham Investigation of the Russiagate Hoax Been Deep-Sixed?

"Our Children Should Be Educated, Not Indoctrinated"

Buchanan: The 'New Systemic Racism' That Is Coming

You Are Now Leaving FantasyLand: The Losses Will Be Taken By Somebody

What Is a Fatal Dose of Fentanyl?