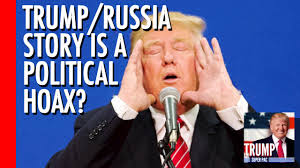 The mysterious "midnight run" by Rep. Devin Nunes (R-CA) on the White House grounds last week was ploy to keep former acting attorney general Sally Yates from testifying about the Trump campaign's ties to Russia, according to a former top official with the CIA and the Department of Defense.

Nunes, the chairman of the House Intelligence Committee that's investigating the Russian ties, abruptly canceled this week's hearings as questions swirled around his visits to the White House to pick up intelligence related to the probe and then brief President Donald Trump on the findings.

Jeremy Bash, the former chief of staff at Defense Department and CIA under Obama, said Nunes concocted the stunt to shut down the testimony of Yates — who Trump fired for refusing to enforce his travel ban, and after she expressed concern about former national security adviser Michael Flynn's communications with the Russian ambassador.

"The real story, the real issue here, is not so much about the midnight run by the chairman onto the White House grounds, it's really that they wanted to cancel the hearing this week," Bash told MSNBC's Brian Williams.

"The hearing this week was going to hear from Sally Yates, the former acting attorney general, and I'm told that she had some very interesting things to tell the committee, to tell the public about when she told the White House counsel that Mike Flynn had, in fact, been lying to the vice president," Bash continued. "She was only going to be able to speak those things in the context of a congressional hearing, and so the White House and the chairman needed to shut her down. This was an elaborately choreographed gag order on Sally Yates."