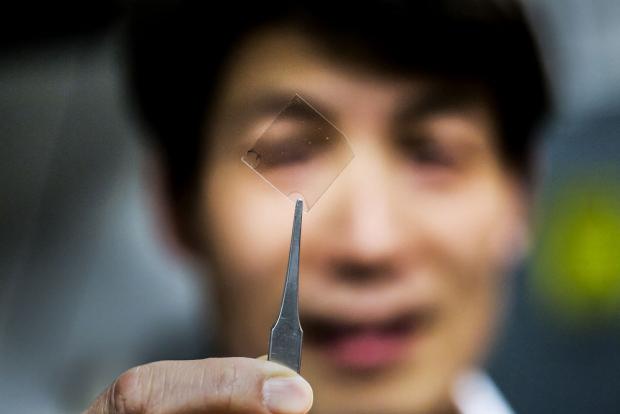 There's a good chance you're looking at—or through—some indium tin oxide (ITO) right now. This ceramic material conducts electricity, but is transparent, which makes it crucial for the production of screens of all kinds, like those on smartphones and LCD televisions. But indium isn't pulled out of the ground directly—it's a byproduct of refining other metals—and the U.S. needs to import it from places like Canada and China. As a result, researchers have been looking for a viable ITO replacement for more than a decade, and it may come in the form of a super-thin layer of silver.

It's not that indium is insanely expensive—it cost about $109 per pound on average last year, on the free market—nor is it incredibly rare.

But "its supply is fixed," Ioannis Kymissis, an associate professor of electrical engineering at Columbia University, says, "because there's no real primary source."

A primary reason to search for an alternative is to "reduce the use of relatively scarce materials," Kymissis says, with an eye towards sustainability. Another is that ITO isn't good for flexible, bendable displays, because it's brittle.

Learn How to Code in a Fun and Interactive Manner