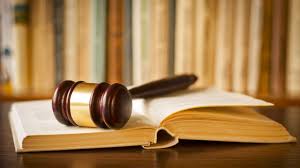 What is the point of law? Is it to settle disputes that arise between two individuals; the way common law was born? Or perhaps law is meant to spur debate on the use of the oxford comma, like a high stakes schoolhouse lesson on grammar.

The whole situation is silly from the beginning. You have to peel back layers of ridiculousness before you can even get at the issue: that truckers just won millions of dollars in overtime from their employer because the state law did not insert an oxford comma into their overtime rule.

Maine law states that the following industries are exempt from a rule requiring overtime pay:

Seriously, that is what this case revolved around.

The truckers ended up convincing the courts that the law was ambiguous enough so that they could expect overtime, since "packing" could be understood to apply to both "shipment and distribution" as opposed to "distribution" being a separate sector which does not get overtime.

But a better question: why was the government ever allowed to insert itself into the employee employer relationship to force certain businesses to pay employees overtime?

Can people not decide to accept a job or not based on the agreement the company gives you from the beginning?

The state should not be governing overtime pay in private transactions, and the truckers should not be shaking down their employer because the state left out a comma in its law.

And this is the whole problem with the current state of law in the USA. There is no common law, or common sense, when deciding verdicts. The question was not, "were these truck drivers wronged by their employer?" The question was, "who did the government intend to point their guns at when writing that law?"

Because that is what laws come down to: government's guns pointed at some party to use force to prevent or compel an action.

Inevitably, there will be disputes between humans. In an essay called "The Obviousness of Anarchy," John Hasnas argues that the best society achievable is one where the entire governing structure is meant only to settle disputes.

The rule of law was born out of trying to peacefully solve disputes that might have otherwise erupted into violence. Common law is a collection of these outcomes, so that others in similar predicaments can see what worked to avoid violent outcomes.