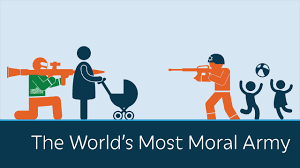 Vera tells her story, the story of a British girl who grew up in a bourgeois family without worries or sorrows, when World War I put an end to that paradise. Her brother, her friends and her fiancée were killed one by one in the terrible mudscapes of France. She enlisted as a nurse near the front and dealt with hundreds of wounded and dead. The tender country girl turned into a hardened woman.

The scene which impressed me most occurs when she is posted to a hut full of wounded Germans. A German officer, not so young, is dying. In his delirium he sees his beloved, catches the hands of Vera and whispers "Is that you, Clara?" and Vera answers in German "Ich bin hier", I am here. With a happy smile on his lips, the German dies.

On the morrow of the war, an English crowd demands a vengeful peace. Vera takes the stage and tells of this experience. The crowd falls silent.