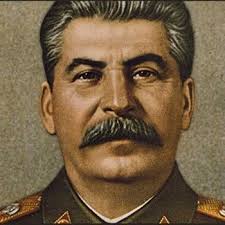 The idea of communism – the common sharing of productive property and its resulting output – is as old as the ancient Greeks and Plato's conception of the ideal Republic in which the guardians all live and work in common under the presumption that a radical change in the social institutional setting will transform men from self-interested beings into altruistic servers to some defined needs of society as a whole.

This highlights a fundamental difference in the conception of man in the classical liberal versus socialist worldviews. Does man have a basic and invariant human nature that may be multi-sided and complex, but no less fixed in certain qualities and characteristics? Or is human nature a malleable substance that can be remolded like clay in the sculptor's hands by placing human beings into radically different social arrangements and settings?

Classical liberals have argued for the former, that human beings are basically what they are: fairly reasonable, self-interested beings, guided by goals of personal improvement and betterment as the individual comes to define those for himself. The social dilemma for a humane, just, and widely prosperous society is how to foster a political and economic institutional order to harness that invariant quality in human nature so that it advances human betterment in general rather than becoming a tool of plunder.  The classical liberal answer is basically Adam Smith's system of natural liberty with its open, competitive, free market order.