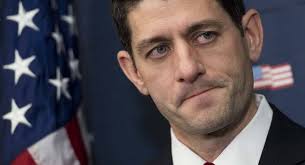 In an interview with Bret Baier on Friday, Speaker of the House Paul Ryan (R-WI) was asked directly if he believed the Obama administration had been responsible for wire tapping Trump Tower in October, 2016—a month prior to the election.

Baier: "Are you concerned..that the Obama administration may have been surveilling members of the Trump campaign in a pretty detailed investigation during the election?"

Ryan says he doesn't think so, but only because of a report that was received by members of Congress in early January, which didn't mention anything regarding Russia and Trump. "You would have think they would have put that in the report."

Baier clarifies: "Right, but there's a report about June 2016 FISA request by the Obama administration Foreign Intelligence Survelliance Court to monitor communications involving Donald Trump and several other campaign officials. Then they get turned down and then in October, they renew it, and they do start a wiretap…at Trump Tower, with some computer…and Russian banks, and it doesn't show up in anything by reporting. Have you heard that?"

Ryan says again that no one in congress, or at least no one that he knew had been presented with "evidence to the contrary of what you just said."

"So you believe it to be true?" Baier asks. After an uncomfortably long pause, Ryan restates that he had seen no evidence that anyone was colluding with Russians. Finally, when pressed a little further he admits "I've seen nothing come from that," implying that yes, it did happen, and nothing negative about Trump was found—or else we would know it.

This is Paul Ryan, hinting strongly that the charges Baier was making were solid, but that he was certain nothing negative to Trump (or anyone else) was going to come from it.

It Is Time for a Serious Discussion About Secession

Visualizing The Biggest Political Spenders And Donators In America, By Generation

After Trump, the pro-war GOP is getting the band back together