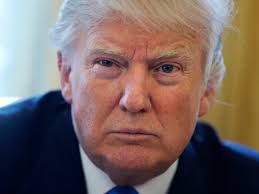 WASHINGTON — The F.B.I. director, James B. Comey, asked the Justice Department this weekend to publicly reject President Trump's assertion that President Barack Obama ordered the tapping of Mr. Trump's phones, senior American officials said on Sunday. Mr. Comey has argued that the highly charged claim is false and must be corrected, they said, but the department has not released any such statement.

Mr. Comey, who made the request on Saturday after Mr. Trump leveled his allegation on Twitter, has been working to get the Justice Department to knock down the claim because it falsely insinuates that the F.B.I. broke the law, the officials said.

Mr. Comey's request is a remarkable rebuke of a sitting president, putting the nation's top law enforcement official in the position of questioning Mr. Trump's truthfulness. The confrontation between the two is the most serious consequence of Mr. Trump's weekend Twitter outburst, and it underscores the dangers of what the president and his aides have unleashed by accusing the former president of a conspiracy to undermine Mr. Trump's young administration.

Trump doesnt need to be tapped. He regurgitates his Stupid Stuff loud and proud with no thought, no filter, and not a care about consequence...

Roy Cohn. Roy Cohn! ROY COHN!!! Why isn't the NYT, and other reputable news sources, (as well as every Dem politician), talking about...

The NY Times has said that the FBI looked into the Trump Tower mail server and was giving top secret briefings to leading members of...

The White House showed no indication that it would back down from Mr. Trump's claims. On Sunday, the president demanded a congressional inquiry into whether Mr. Obama had abused the power of federal law enforcement agencies before the 2016 presidential election. In a statement from his spokesman, Mr. Trump called "reports" about the wiretapping "very troubling" and said Congress should examine them as part of its investigations into Russia's meddling in the election.

In addition to being concerned about potential attacks on the bureau's credibility, senior F.B.I. officials are said to be worried that the notion of a court-approved wiretap will raise the public's expectations that the federal authorities have significant evidence implicating the Trump campaign in colluding with Russia's efforts to disrupt the presidential election.

Mr. Comey has not been dealing directly with Attorney General Jeff Sessions on the matter, as Mr. Sessions announced on Thursday that he would recuse himself from any investigation of Russia's efforts to influence the election. It had been revealed on Wednesday that Mr. Sessions had misled Congress about his meetings with the Russian ambassador during the campaign.

Mr. Comey's behind-the-scenes maneuvering is certain to invite contrasts to his actions last year, when he spoke publicly about the Hillary Clinton email case and disregarded Justice Department entreaties not to.

It is not clear why Mr. Comey did not issue a statement himself. He is the most senior law enforcement official who was kept on the job as the Obama administration gave way to the Trump administration. And while the Justice Department applies for intelligence-gathering warrants, the F.B.I. keeps its own records and is in a position to know whether Mr. Trump's claims are true. While intelligence officials do not normally discuss the existence or nonexistence of surveillance warrants, no law prevents Mr. Comey from issuing the statement.

FBI agents investigating if 5G paranoia was behind Nashville bombing

Trouble at the FBI?