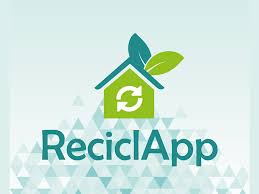 ReciclApp is filling a void in places where door-to-door recycling simply doesn't exist.

In 2015, after finishing a soccer game in Chile's capital, Santiago, engineering student Cristián Lara and his friends noticed an older man picking through a dumpster nearby. He was searching for anything that could be recycled, and loading it onto his bike.

"It looked like incredibly hard work," Lara recalled. After talking to the man, it turns out he had been doing the same work for 10 years, and was still living in poverty.

The encounter gave Lara an idea. What if there was a way to connect the collector on the street directly to the massive waste streams that exist in Chile, and to the companies that pay decent money for recyclables?

"We knew we had to do something," said 24-year-old Lara. That's how a recycling app startup, called ReciclApp, was born. The app launched last August. Since then, the bearded young entrepreneur has been on a mission. Standing in their section of an open collaborative workspace on the fifth floor of the luminous new innovation centre at Santiago's Catholic University, Lara let his glee shine through in his elevator pitch for the app.

"It's the Uber of recycling," he said.

It works like this: individuals, businesses, and institutions download the free app. Once they have cans, boxes or bottles to get rid of, they declare specific numbers in the app and choose a date and time period for pickup. From that data, the company creates and prints out routes for the collectors they work with. There are now an average of 200 collectors working with ReciclApp across Chile, and about 1,000 app users in the country.

What Do Ecuador, Bolivia and Chile Have In Common & Why Should the US Care?