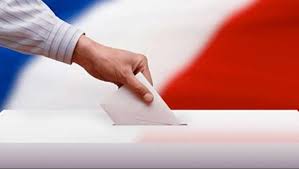 All major French political parties were targeted for infiltration by the CIA's human ("HUMINT") and electronic ("SIGINT") spies in the seven months leading up to France's 2012 presidential election. The revelations are contained within three CIA tasking orders published today by WikiLeaks ...

On Monday Richard Ferrand, the director of Emmanuel Macron's campaign, claimed that the Russians had unleashed "hundreds and even thousands" of hacking attempts against Mr. Macron, and that RT and Sputnik, government-controlled news outlets, are spreading fake news, as they were said to have done during the American election cycle. The stories about Mr. Macron range from allegations that he is engaged in a secret extramarital gay affair to accusations that he used state funds to pay for foreign travel.

Marine Le Pen, the far-right National Front candidate, who has received Russian financing, is expected to win the most votes in a crowded field in the first round of voting, on April 23.