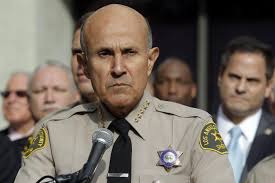 Los Angeles, CA — As the Free Thought Project has reported extensively, police officers, even when found at fault for their abusive actions, are almost never held personally liable. It is the taxpayers who foot the bill. However, a new trend in accountability seems to be on the rise, and will be massively more effective at curbing police brutality than any system in place right now.

The most recent case of a police officer being held personally liable comes out of Los Angeles, where former Los Angeles County Sheriff Lee Baca must decide within a week whether to pay $100,000 in damages — stemming from a civil lawsuit involving an inmate abuse case — or face liens on his assets, an attorney for the inmate said Friday, according to the LA Times.

The damages are from a 2013 judgment against Baca, three other deputies, and a captain. In that case, inmate Tyler Willis proved to a jury that he was punched and kicked repeatedly, shot with a Taser multiple times and struck "numerous times" in the ankle with a heavy metal flashlight, causing fractures and head injuries.

After a brief trial, the jury returned a verdict in Willis' favor and held Baca personally liable. However, Baca, with the power of the police union, fought the ruling for the last 4 years, calling the idea of a police officer being held personally liable a "huge mistake."

When police officers actually fear the loss of their own money, they may think twice before savagely beating a handcuffed woman or breaking into the wrong house and killing the innocent owner.

Buckle Up! The Crackdown Has Begun