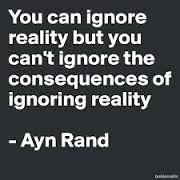 I was more successful in getting people to talk about Benghazi than I am about these heinous crimes. Therefore, one of the purposes for this article is to shake the trees to see what falls out.

For months, I have spoken to police and forensic pathologists of various types about these crimes. I am convinced that when discoveries of organ harvesting are made, there is a concentrated effort to cover up the crime. As one CSI type told me, when we discover a dead body with missing organ(s), we know not to call attention to it. Further, I have searched high and low for evidence of organ harvesting within the United States. There is plenty of evidence about the practice in China and other foreign countries, but somehow this is kept out of the corporate controlled media inside the United States. This reminds me of State Department employee, Monika Wesolowski, who made an off-hand reference to a Saudi who runs the graphics for the State Department brochures on child-sex-trafficking. Monika told me that she omits any reference in the brochures related to the practice inside of the United States in a hear no evil, see no evil, speak no evil, approach to the issue.