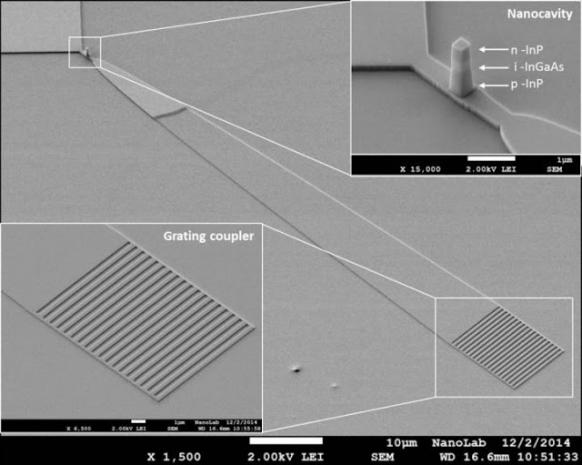 Optical connections are the obvious successors but optical data transmission requires an adequate nanoscale light source, and this has been lacking. Scientists at Eindhoven University of Technology (TU/e) now have created a light source that has the right characteristics: a nano-LED that is 1000 times more efficient than its predecessors, and is capable of handling gigabits per second data speeds. They have published their findings in the online journal Nature Communications.

With electrical cables reaching their limits, optical connections like fiberglass are increasingly becoming the standard for data traffic. Over longer distances almost all data transmission is optical. Within computer systems and microchips, too, the growth of data traffic is exponential, but that traffic is still electronic, and this is increasingly becoming a bottleneck. Since these connections ('interconnects') account for the majority of the energy consumed by chips, many scientists around the world are working on enabling optical (photonic) interconnects. Crucial to this is the light source that converts the data into light signals which must be small enough to fit into the microscopic structures of microchips. At the same time, the output capacity and efficiency have to be good. Especially the efficiency is a challenge, as small light sources, powered by nano- or microwatts, have always performed very inefficiently to date.

Pandemic Madness: The State's Plan Rests on the Destruction of the Human Spirit