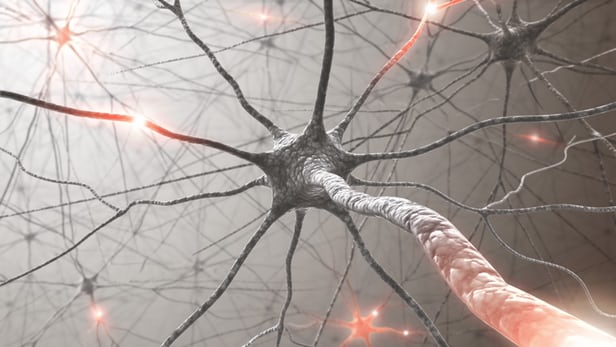 In the hunt for a cause and cure for Alzheimer's disease and other neurodegenerative ailments, much attention has been focused on sticky proteins called beta-amyloid plaques that build up in the brain and cause nerve damage. A new potential target has been identified by researchers however, in so called "gatekeeper" cells that control the flow of oxygen in the brain.

The cells are known as pericytes and they are found around blood vessels. When they are functioning properly, they control the flow of blood to different parts of the brain by expanding and contracting. When they're not working, or not in plentiful enough supply, they can literally suffocate neurons.

"Pericyte degeneration may be ground zero for neurodegenerative disorders like Alzheimer's disease, ALS and possibly others," said Berislav Zlokovic, senior author of the pericyte study and director of the Zilkha Neurogenetic Institute at the Keck School of Medicine at the University of Southern California. "A glitch with gatekeeper cells that surround capillaries may restrict blood and oxygen supply to active areas of the brain, gradually causing neuron loss that might have important implications for Alzheimer's disease."

To find out if pericytes should indeed be explored as a possible cause of Alzheimer's disease, the USC researchers bioengineered mice to have 25 percent fewer of them. They then prodded the hind legs of the young specimens with an electric stimulus. The pericyte-lacking mice showed an approximately 30 percent reduction in blood flow in the brain versus normal mice, because their capillaries took about 6.5 seconds longer to open up in the face of the stimulus.

As the mice aged, the cerebral blood-flow response got even worse, dipping to 58 percent lower than their unaffected brethren at six to eight months of age.

Two women are charged with hate crimes for stealing a MAGA hat from a terrified...

This Week Was a Doozy

Hating Arabs as a Common Ground: Why Israel's Coalition Government Is Likely To Survive

Despite pandemic, Israeli forces drop herbicide on Gaza and shoot at fishermen

Why Laws Against Hate Speech Are Dangerous