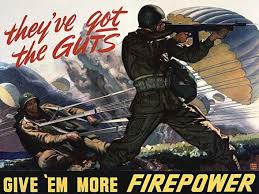 Well, it's over … and good riddance. What began with a purchased Nobel Peace Prize and a lecture to the Middle East, under the then omnipotent eyes of Hosni Mubarak, has ended with a parting bang … yet another round of massive US air strikes in Libya and Syria.

Forgive my cynicism, but if history is, in fact, a fair guidepost of what comes to be, Barack Obama's parting shots at so-called "jihadi" camps most likely did little more than slaughter civilians … thereby enticing 10 times as many others to pick up a gun or a bomb and strike back, however possible, wherever feasible.

Eight years ago the world held its collective breath for what would prove to be an all-too-brief moment with the election of a self-professed anti-war "liberal" to the most powerful and deadly office in the world.

In October 2002, then Senator Obama, an orator of rare talent with keen mind and extraordinary youthful vigour and promise, announced he was "opposed to dumb wars". He was going to be different. He said so. He lied.