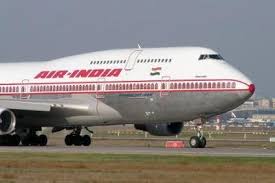 Air India is set to launch women-only seating to protect female fliers from sexual harassment after a number of women were allegedly groped by male passengers.

Starting January 18th, these seats will be made available on Airbus A320 aircrafts to women who travel alone and do not wish to be seated next to men, and will see the first two rows sectioned off.

Air India general manager-revenue management Meenakshi Malik told The Hindu that the company would not be charging any additional fee for blocking these seats as the move is meant to enhance female safety.

"We feel, as national carriers, it is our responsibility to enhance comfort level to female passengers. There are a lot of female passengers who travel alone with us and we will be blocking a few seats for them."

The women-only seats will be available on domestic flights but may be extended to other flights in the next few months.

The airline is among the first in the world to offer gender segregated seating, although other airlines such as Israeli carrier El Al are known to accommodate requests to reseat passengers on religious grounds (ultra-Orthodox Jews are not allowed to sit beside a woman who is not their wife, for instance).

Air India also recently announced its decision to carry restrainers (small plastic handcuffs ) aboard all its domestic and international flights to keep disruptive unruly passengers firmly seated if their behavior threatens the safety of other flyers.

The AI cabin crewmanual nonetheless specifies that "restraining a pax (passenger) is one of the last steps and should be done only if the matter is totally out of control."

Both announcements follow a string of incidents on the airline last month, involving in-flights misbehavior.

On December 20th,  a woman sitting in economy class was allegedly groped by a male co-passenger, who was originally sitting sitting in business class but changed seats, while she was sleeping. And on January 2nd, a middle-aged man was arrested after allegedly molesting an air hostess and using lewd language on a domestic flight.