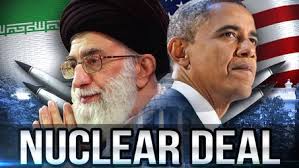 Hopefully, the chairman speaks for the president-elect.

During the campaign, Donald Trump indicated as much, saying that, though the U.S. got jobbed in the negotiations — "We have a horrible contract, but we do have a contract" — he might not walk away.

To Trump, a deal's a deal, even a bad one. And we did get taken.

In 2007 and 2011, all 17 U.S. intelligence agencies assured us, "with high confidence," that Iran did not have an atomic bomb program.

Why did we disbelieve our own intelligence, and buy into the "Chicken Little" chatter about Iran being "only months away from a bomb"?

Corker also administered a cold shower to those who darkly warn of a secret Iranian program to produce a bomb: "In spite of all the flaws in the agreement, nothing bad is going to happen relative to nuclear development in Iran in the next few years. It's just not."