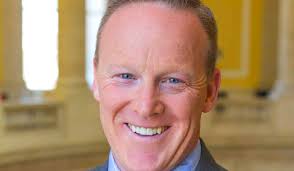 You know what, the fact of the matter is that, when he tweets, he gets results,' Spicer told ABC's Jonathan Karl today on This Week.

Karl was pointing out how Trump might expand the country's nuclear capabilities, switching directions from his predecessors, an announcement the president-elect dashed off in a tweet the Thursday before Christmas.

Pointing to the New York Times story on the matter, the ABC newsman said what struck him was the article's subhead, which pointed out that the policy shift came from a 'statement on Twitter.'

'Is that what we're going to see?' Karl asked Spicer, who had previously said Trump's use of Twitter will be a 'really exciting part' of the Republican's presidency.

'Sure. Why not?' the incoming press secretary answered.

'You know, with all due respect, I think it freaks the mainstream media out that he has this following of over 45-plus million people that follow him on social media, that he can have a direct conversation,' Spicer said.