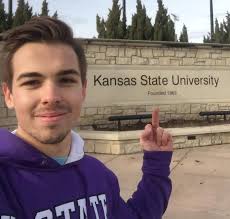 Pay to go to school, to get a job, to make money to pay off school. That logic is what prompts millions of young adults to enroll in a traditional university education each year. But that investment won't pay off for everyone…

Presently, approximately 53% of college graduates are unemployed, despite having a four-year education under their belts. According to The Atlantic, this is largely a result of recently graduated adults not having enough hard-earned skills to land them competitive jobs. Internships, travel abroad, and long-standing work history can fix that, however (or, at least, that's the general consensus).

If real world education is so valuable, however, why isn't volunteering abroad, shadowing a mentor, or studying to gain knowledge enough for an individual to secure a relatively satisfying, well-paying job? This question has been asked by numerous individuals and was recently posed by college drop-out Billy Wilson. After earning a 4.0 GPA in his first year, Wilson made a bold statement by flipping the bird to Kansas State University and explaining why the modern school system is a joke.

In a viral Facebook post shared over 11,000 times, Wilson explained why he was dropping out despite earning perfect grades his first year. He wrote:

"YOU ARE BEING SCAMMED. You may not see it today or tomorrow, but you will see it some day. Heck you may have already seen it if you've been through college. You are being put thousands into debt to learn things you will never even use. Wasting 4 years of your life to be stuck at a paycheck that grows slower than the rate of inflation. Paying $200 for a $6 textbook. Being taught by teacher's who have never done what they're teaching. Average income has increased 5x over the last 40 years while cost of college has increased 18x. You're spending thousands of dollars to learn information you won't ever even use just to get a piece of paper. I once even had an engineer tell me "I learned more in my first 30 days working than in my 5 years of college." What does that tell you about this system? There are about a million more ways you're being scammed into this.. just watch the video i'm gonna comment if you want to see more.

Elon Musk - Education does not work

Entire school board resigns after leaked video of mocking parents

The Decline of the West: American Education Surrenders to 'Equity'