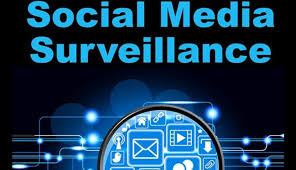 Continuing in the tradition of sacrificing everyone's privacy to pursue a 'war' on the tactic of terrorism, the U.S. government has begun requesting social media identities from foreign travelers.

Politico first reported that the Department of Homeland Security (DHS) approved an addition to the Electronic System for Travel Authorization (ESTA) on Dec. 19. The foray into people's online presence was first proposed in June 2016.

"Since Tuesday, foreign travelers arriving in the United States on the visa waiver program have been presented with an "optional" request to "enter information associated with your online presence," a government official confirmed Thursday. The prompt includes a drop-down menu that lists platforms including Facebook, Google+, Instagram, LinkedIn and YouTube, as well as a space for users to input their account names on those sites."

Even though it is optional, travelers are likely to give up the information for fear of being harassed or because they wrongly assume it is required. Even if travelers make their accounts private, the U.S. surveillance apparatus can likely bypass those protections, or just demand the information from the social media companies.

The new measure only applies to visitors from 38 countries on the visa-waiver program, which allows for those visitors to visit the U.S. for up to 90 days without a visa. It includes America's best friends, including the United Kingdom and several European countries, Australia and a few from other regions.

The move is sure to spark outrage from visitors, and already drew wide condemnation when it was announced in June. The new question was billed as a means to "identify potential threats." But there is little reason to believe personal social media information will be protected from abuse, considering the history of America's surveillance state revealed through Edward Snowden and others.

"There are very few rules about how that information is being collected, maintained [and] disseminated to other agencies, and there are no guidelines about limiting the government's use of that information," said Michael W. Macleod-Ball, chief of staff for the American Civil Liberties Union's Washington office. "While the government certainly has a right to collect some information … it would be nice if they would focus on the privacy concerns some advocacy groups have long expressed."

The Center for Democracy and Technology (CDT) – a coalition of rights groups including the American Civil Liberties Union, the Electronic Frontier Foundation, and the Council on American-Islamic Relations – stated in an August letter:

This inquiry goes far beyond the customary visa-waiver application questions regarding a person's name, address, criminal background, health status, and duration of stay. A person's online identifiers are gateways into an enormous amount of their online expression and associations, which can reflect highly sensitive information about that person's opinions, beliefs, identity, and community."

They note the DHS measure "will fall hardest on Arab and Muslim communities, whose usernames, posts, contacts and social networks will be exposed to intense scrutiny."

When DHS rolled out its proposal, America was in a revived state of anti-Muslim sentiment after the Orlando nightclub shooting, where lone wolf, sexually-frustrated Omar Mateen gunned down 49 people and swore allegiance to the Islamic State over the phone.

The Danger Of The Administrative State

Want a good government? It has to hit rock bottom first.

Machinery of Death: When the Government Acts as Judge, Jury and Executioner

An Exceptionally Sad Day For Illinois