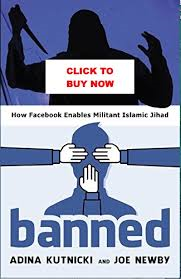 Israeli courts could demand that companies such as

Facebook Inc. remove content deemed as incitement, under a bill that that will head for parliamentary approval amid concerns about free speech.

The law would give Israel the tools "to have content liable to lead to murder and terror removed immediately," Public Security Minister Gilad Erdan said via text message after an Israeli ministerial committee approved the bill Sunday.

Erdan and Justice Minister Ayelet Shaked have continued pushing the bill even after Facebook agreed in a September meeting to create joint teams to deal with Internet incitement. Israel's Cabinet said Sunday it would discuss even tougher measures against violent content on the web, without indicating what those measures might be.

Twitter Inc. and YouTubesaid earlier this month they were creating a shared database to help enforce policies against online terrorist content. After the September meeting in Israel, Facebook said it has "zero tolerance for terrorism."