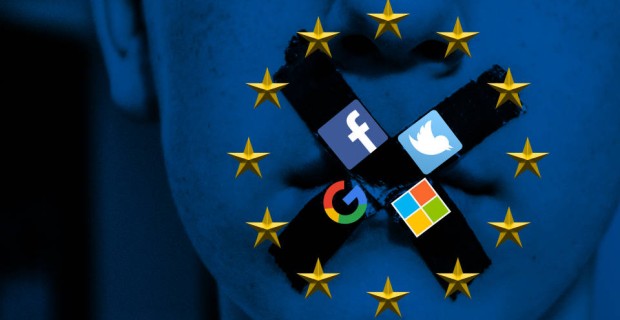 Complaining that censorship is currently taking too long, EU commissioners are threatening to pass new laws if the "non-legislative approach" fails.

"The last weeks and months have shown that social media companies need to live up to their important role and take up their share of responsibility when it comes to phenomena like online radicalisation, illegal hate speech or fake news," EU Justice Commissioner Vera Jourová told The Financial Times.

The fact that the EU is characterizing "fake news" in the same context as jihadist propaganda is chilling. Former UKIP leader Diane James previously told Breitbart that the EU's definition of hate speech, "Is so vague that it is the thin end of the wedge not just to curb hate speech but free speech as well," adding that the issue should be decided by parliaments, not by the unelected EU Commission.

The party's "no enemies to the right" strategy could destroy it from within.

'You can't make this stuff up':

Does Anyone Even Care That The U.S. National Debt Will Soon Cross The 30 Trillion Dollar Mark?

US obesity crisis to blame for it having one of the world's worst Covid death rates:

Bill Gates's New Book Proposes Extreme Ways to Avoid a Climate Disaster, but at What Cost?