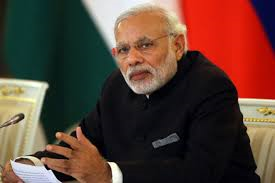 Here we emphasize two features of Modi's initiative that have been little noticed. First, the combination of demonetization followed by "remonetization" will transfer billions worth of US dollars from the Indian public to the Indian government. Second, the skewed pattern in which new notes will be injected will favor some sectors over others.

To recap, Modi announced that, in order to fight untaxed "black money" holdings, the two highest denomination rupee notes would be demonetized the next day (the Rs. 500 and Rs. 1000, worth about $7.50 and $15). Indian citizens have some weeks to deposit the invalidated notes into banks for deposit credit, or exchange them for new valid notes of Rs. 500 and Rs. 2000. But the exchanges can only be made in small amounts (Rs. 2000, or $30, per person per day) for the time being and, as Devangshu Datta points out, "only with identity proofs (which hundreds of millions don't have) and the additional hardship of standing in many queues for many hours." Once a greater volume of new notes becomes available, currency withdrawal limits will be relaxed, but those who deposit more than Rs. 250,000 (about $3676) in old notes face promised scrutiny by tax authorities.