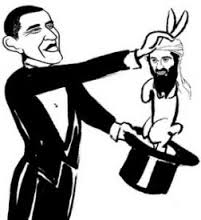 The government's case against Hamid Hayat relied on the testimony of a troubled FBI informant — whose own mother now says he was "a bagful of lies."

Nazhat Shaheen has twice endured the loss of her first son.

The first time she lost him, he was a newborn. Soon after she gave birth in her native Pakistan, her in-laws took her son, Naseem, during a contentious divorce from her husband. Her own parents then sent her to the United States, to begin a new life.

The second time she lost Naseem, he was a young man who had moved to the United States and reunited with her. But she began to suspect that Naseem could not be trusted, and after a few months, he left her home in the Midwest and drifted to the West Coast.

He would not disappear from her life, however.

Shortly after 9/11, the FBI hired Naseem to spy on a mosque in California, and he subsequently became the government's star witness in the trial of Hamid Hayat, a hapless cherry packer accused of being a member of an al Qaeda sleeper cell in rural America. When Naseem's mother read about her son's role as an informant, she wrote a letter to Hayat's lawyer saying that Naseem was "a bagful of lies."