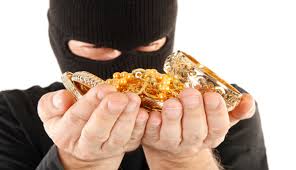 Prime minister Narendra Modi recently decided to confiscate the cash of hundreds of millions of Indians, and now he may forbid Indians from importing gold.

This would have an immediate effect on gold supplies as India, despite the affinity of citizens for gold and silver, has very little in the way of domestic mining.

In part, this is because the government itself is consistently at war with Indian citizens over money and its control. This struggle has most recently manifested itself in India's decision to remove, wholesale, large denomination bills from public circulation.

The country [banned] 500 and 1000 rupee notes (worth about US$7 and $14 respectively) and the mooted import restriction [banning gold imports] could be a reaction to dealers swapping the notes for gold.

IBJA national secretary Surendra Mehta told the Times of India its members should be ready.   "We hear from certain circles of this possibility, though nothing official is out yet," he said.

The larger issue here has to do with banning cash on a global level. It is typical of reporting in this modern era that few if any of the mainstream articles covering India's most recent move seemingly mention this.

Governments around the world are beginning to ban cash. Sweden is far advanced but Uruguay and now India are not far behind. Uruguay is soon to demand that employers cease to pay employees via cash and instead deposit paychecks directly in bank accounts.

Most recently in Australia, Citibank announced it would no longer deal in cash because most depositors did not wish to be "bothered."

We are told these are disparate and individual decisions of various entities and nation states. But they are nothing of the sort. Once again, surreptitiously, the banking elites that want to run the world are surely organizing a pan-global stratagem to advance their control.