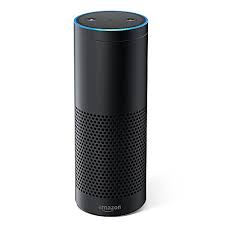 Alexa can already order you an Uber, control your smart home devices, and keep you company. She's about to learn much better DJ skills, save you six bucks a month on streaming music, and possibly even change the way you listen to music in your house.

Amazon Music Unlimited, a beefed-up subscription service built to compete with the likes of Spotify and Apple Music, launches today. It's cheaper than those big-name services—for many users, at least—and it features clever voice control with the company's Echo speakers.

If you're using Music Unlimited on an Amazon Echo, Tap, or Dot, the service only costs $4 a month. To use it on anything else—mobile devices, your computer, a Fire TV stick, or even Sonos speakers—the pricing falls more in line with Spotify or Apple Music. It's $8 per month if you're an Amazon Prime member and $10 per month if you aren't.

Is There an Echo in Here?

At face value, entering a streaming-music market that has established Goliaths like Spotify and Apple divvying up more than 50 percent of the market share may sound like Fire Phone 2.0. In fact, it may seem even crazier: People generally don't switch the music services they've bought into every two years. They drive tent stakes in the ground in the form of playlists and saved albums, then camp out for the long haul.

But Amazon's secret weapon isn't just lower prices. Its popular Echo lineup of voice-assistant products are a huge draw, and because of Echo and Alexa, Amazon Music Unlimited is aiming at a different target than its competitors. Traditional mobile and desktop users aren't an afterthought, but Amazon is hoping the in-home experience is the huge hook for millions of new subscribers.

To be sure, the service has slick mobile and desktop interfaces. There's also an (optional) offline tool that auto-downloads music recommendations to your device in the background—a handy feature to ensure you've got something to listen to on the train or plane.

But the far more compelling UI for the service is invisible. Or maybe it looks like an Echo speaker.