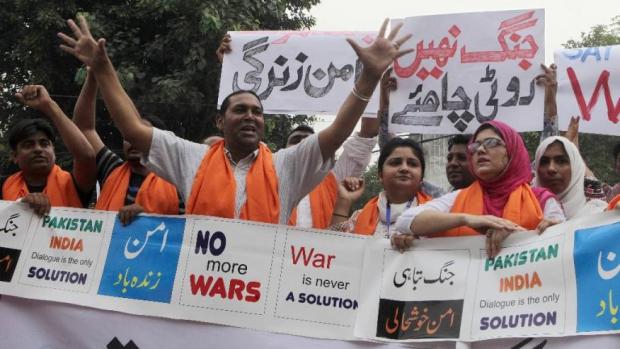 The military offensive was the worst since 1999, when then-Prime Minister Atal Bihari Vajpayee - also a member of Modi's nationalist Bharatiya Janata Party - responded to what he said was repeated cross-border infiltrations by militants in Kashmir.

At the same time, Pakistan said two of its soldiers had been killed in exchanges of fire and in repulsing an Indian "raid", but denied that India had made any targeted strikes across the de facto frontier that runs through the disputed Himalayan territory of Kashmir.

The region is held equally by India and Pakistan but claimed in full by both. Terrorist violence killed 201 people in Kashmir in 2016, the deadliest year since 2010, according to the South Asia Terrorism Portal.

India's announcement of the targeted strikes on terror camps in Pakistan is "very significant," said Shashank Joshi, a fellow at the Royal United Services Institute in London. "India has conducted covert, retaliatory cross-border raids on many occasions in the 1990s and 2000s, but to prominently announce them is a provocative new approach," he said in an e-mail. "Depending on how far the Indians penetrated and the nature of the targets, these might also represent much more ambitious operations."