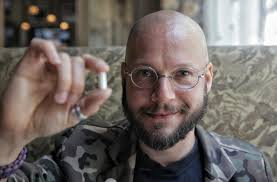 Pharmaceutical company Mylan has made news recently by raising the price of a popular and important drug. Mylan acquired a product by the name of EpiPen in 2007. At the time, the price of the product was approximately $100 per unit. And, thanks to their government-granted monopoly, the price quickly shot up to $600 after Mylan's acquisition. However, hackers are now challenging that paradigm by showing people how to make their own version of the EpiPen.

Michael Laufer is part of a pharma-hacking group known as the Four Thieves Vinegar Collective, and they have developed an alternative to the ridiculously expensive EpiPen.

Laufer does not have a life-threatening allergy that requires him to carry around an EpiPen. However, he was still outraged at the spike in price which led to the group releasing a video this week and instructions on a DIY EpiPen. Dubbed the EpiPencil, this generic version can be made easily with materials that you can buy online for around $30.

"It functions just as well as an EpiPen," Laufer says in the video. "With no special training, anybody can use it."

In an interview with IEEE Spectrum, Laufer explains that it is easy to buy epinephrine online from a chemical supplier. "There's a small but hopefully growing subculture of people who are buying the active ingredients of drugs," he said. "It's encouraging to see people take control of their own heath."

According to IEEE Spectrum, Laufer's group goes further than just the EpiPencil. They are also working on a machine that will allow people to make their own medicines.

He revealed the first version of this tool, which he now calls the "Apothecary Microlab," at a hacker conference in July, IEEE Spectrum reports.