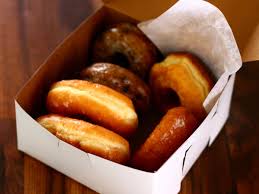 (NaturalNews) The sugar industry launched a campaign in the 1960s to downplay evidence linking sugar consumption to America's rising cardiovascular disease rates, and blame saturated fats instead, according to a new report released earlier this month.

A researcher at the University of California, San Francisco, recently discovered internal documents from the sugar industry and correspondence letters between the leaders of a trade group called the Sugar Research Foundation (SRF) - known today as the Sugar Association - and heart disease researchers.

The study, published in the Journal of the American Medical Association (JAMA), found that the sugar industry paid prestigious Harvard scientists to publish research blaming dietary fat, not sugar, to be the main culprit of coronary heart disease.

The newly published JAMA paper relied on thousands of pages of correspondence between top sugar industry executives, such as John Hickson, and prominent researchers.

Around the 1960s, some studies had begun pointing to a relationship between high-sugar diets and heart disease, while other scientists blamed saturated fat and dietary cholesterol for posing the biggest risk. That's when the SFR came up with the idea to shift public opinion through their own sugar research, information, and legislative programs.

After a few drafts, where the scientists had dismissed the data on sugar as weak and given far more credence to the data implicating saturated fat, Mr. Hickson approved their work.

"Let me assure you this is quite what we had in mind, and we look forward to its appearance in print," Mr. Hickson wrote.

The review was published in the prestigious New England Journal of Medicine, which did not require conflict of interest disclosure until 1984. The review had exactly the effect that the sugar industry had hoped for. The debate about the possible link between sugar and heart disease died down, while low-fat diets, which are high in sugar, gained the endorsement of many health authorities.

A double win for the sugar industry.

Industry-funded research has played an important and informative role in many scientific debates. Based on their findings, health officials have encouraged Americans to reduce their fat intake for decades. This has led to the consumption of low-fat, sugar-laden foods that some experts now blame as the major cause of the obesity crisis.

"It was a very smart thing the sugar industry did, because review papers, especially if you get them published in a very prominent journal, tend to shape the overall scientific discussion," said Stanton Glantz, a professor of medicine at U.C.S.F. and an author of the JAMA paper.