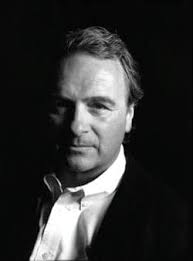 A 21 year veteran of the CIA, Robert Baer is billed as "one of America's most elite intelligence case officers." Having worked field assignments in Lebanon, Sudan, Morocco, Iraq and other international hotspots, he was praised by Pulitzer Prize-winning investigative journalist Seymour Hersh as "perhaps the best on-the-ground field officer in the Middle East."

He has written multiple books based on his experiences with the agency. He has worked as a consultant on documentary and television projects. He regularly appears as a commentator on CNN and other news outlets, and he writes a regular column on intelligence matters for Time. George Clooney's character in Syriana, Bob Barnes, is based on Baer and his experiences with the CIA.

"I think we've got something that utilizes your … specific skills set.

"His moneys in a lot of dark corners."

CLOONEY: "I want you to take him from his hotel, drug him, put him in the front of a car and run a truck into him at 50 miles an hour."

Robert Baer retired from the CIA in 1997 and received the agency's Career Intelligence Medal the following year.

In short, he is a serious and well-respected career intelligence official.

All of this makes it particularly stunning that in 2008 he told a team of citizen journalists in Los Angeles that he knew a man who "cashed out" the day before 9/11.

JEREMY ROTHE-KUSHEL: …the last thing I want to leave you with is the National Reconnaissance Office was running a drill of a plane crashing into their building and you know they're staffed by DoD and CIA…

ROBERT BAER: I know the guy that went into his broker in San Diego and said 'cash me out, it's going down tomorrow.'

STEWART HOWE: That tells us something.

STEWART HOWE: That tells us something.

ROBERT BAER: Well his brother worked at the White House.

Given Robert Baer's experience and training, it is difficult to comprehend just how significant the information that he just casually admits here really is. We are left with only two possibilities: either Baer is lying, or he has direct knowledge of someone "whose brother worked at the White House" who had foreknowledge of the 9/11 plot. There is no middle ground here.

The man Robert Baer claims to know is at least an accessory before the fact to the crimes of 9/11, if not an actual accomplice or co-conspirator in those crimes. By failing to report this information to the investigative authorities, Baer leaves himself open to being an accessory after the fact to those same crimes.

Title 18 Section 3 of the US Code defines the criteria for an "Accessory After the Fact" to a crime committed against the United States:

"Whoever, knowing that an offense against the United States has been committed, receives, relieves, comforts or assists the offender in order to hinder or prevent his apprehension, trial or punishment, is an accessory after the fact."