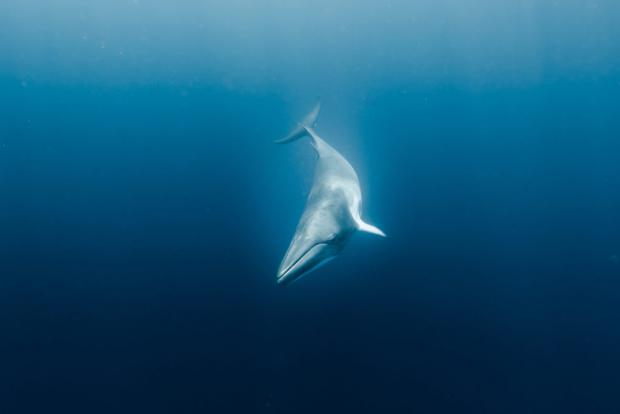 IF YOU WERE a blue whale, the water in most of the world's oceans would be so murky that you wouldn't be able to see your own flukes. Which is why most marine species use sound to navigate, feed, find mates, and communica—BLUURRRRGGGGHHHH AAAARRROOOOOO WAA WAA WAA—oh, sorry, pardon the interruption.

That's just the noise of whales cheering. See, they just won a major noise pollution battle against the US Navy. For over a decade, the Navy has been trying to convince the courts that they can use an ultra-loud sonar array in a way that is safe for marine life. But on July 15, the Ninth US Circuit Court of Appeals in San Francisco said that no, actually it's not safe at all.

The ruling came down to a Navy-friendly interpretation of the National Marine Protection Act, which prohibits any US citizen, agency, or organization from harming creatures like whales, dolphins, and seals. That ruling was made by NOAA's Fisheries Service, putting them in cahoots with the Navy. However, NRDC and several co-defendants took NOAA Fisheries to court, and eventually won the case.