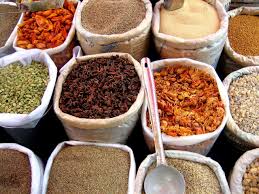 (NaturalNews) Pesticides are causing serious problems all over the world. Most pesticides and herbicides, once taken up by the body, go to war with the endocrine system, blocking the body's ability to regulate its own hormones. In India, these dangerous pesticides are beginning to contaminate the country's most healthy, top export spices.

Countries that import India's spices report rising levels of pesticide residue. Spices adulterated with pesticides include turmeric, cumin, ginger, chili and pepper. This is a huge problem, considering the fact that India has 45 percent of the market share for these and other important spices.

Bhaskar Shah, chairman of the Indian Spice and Foodstuff Exporters' Association (ISFEA) has raised the alarm: "If pesticide and adulteration are not tackled by strict action from both government and industry, we will lost [sic] our market."

In recent years, importers have begun to reject India's spice lots due to pesticide adulteration. Spices Board India saw a 25 percent export increase for India's spices in 2012 and 2013, but by 2014 and 2015, the increase in exports dropped off by 16 percent.

A. Jayathilak of Spices Board India says that their spices have continuously been in demand until recently, when the spices' once superior quality started falling off. "It is true that adulteration and pesticide issues are major aspects governing the food industry and trade market. All importing countries have their own stringent food laws and regulations to ensure the safety and health of their citizens and exporters have to abide by these. The food standards, guidelines and codes of practices on imported items are different for each country. Hence, Indian exporters face an immense challenge." The industry wants to deliver quality spices, but feels that government regulations do nothing to assist in actually fixing the problem.

He did add, however, that India has taken the right steps to maintain its image and work to fix the pesticide problem.

One of the ways to fix the problem is to implement laboratory validation for pesticide residues, mycotoxins, dyes and potential microbial contamination. Spices Board India has responded to that call by establishing seven laboratories at their largest export locations. More work, resulting in more transparency, lies ahead.

Managing director for Spicexim, Yogesh Mehta puts it in perspective: "Adulteration and pesticides are the major concern. So far, importing countries have not taken major steps for India, other than tightening the rules. If we will not deliver quality products, it could be a big threat."