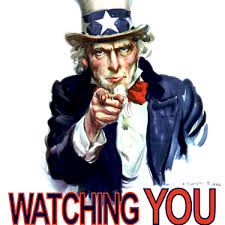 Of all the details investigators have uncovered about Orlando terrorist Omar Mateen, perhaps the most infuriating is the fact that he spent 10 months on a government watch list, yet had no trouble buying an assault rifle and a handgun.

Authorities placed Mateen on a watch list in May 2013 after coworkers at the Florida courthouse where he was a security guard told authorities he boasted of connections to al Qaeda and other terrorists organizations. He remained on the list for 10 months, and FBI Director James Comey told reporters this week that during that time the agency placed Mateen under surveillance and had confidential sources meet with him.

But the feds removed Mateen from the list in March 2014, after concluding that he had no significant links to terrorism beyond attending the same mosque as an American suicide bomber who died in Syria. "We don't keep people under investigation indefinitely," Comey said, adding that he doesn't see anything that his agents should have done differently.

Comey didn't identify the list Mateen was on, but an unnamed official told the Daily Beast that he was in two databases, the Terrorist Identities Datamart Environment database and the Terrorist Screening Database, more commonly called the terrorist watch list.

Here's a look at what the lists are and how someone gets their name on one.

The Terrorist Screening Database was created in 2003 by order of a Homeland Security Presidential Directive. The database includes the names and aliases of anyone known to be, or reasonably suspected of being, involved in terrorism or assisting terrorists through financial aid or other ways. The federal Terrorist Screening Center maintains the database, and an array of government agencies nominate people to it through the National Counter Terrorism Center.

Some of the information in the database originates with the Terrorist Identities Datamart Environment, also called TIDE. That list contains classified data collected by intelligence agencies and militaries worldwide, but anything passed on to the terrorist watch list is first scrubbed of classified info. In 2013, TIDE had 1.1 million names in it.