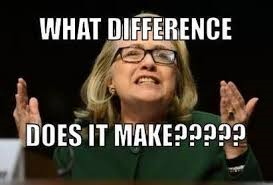 Now, security experts are coming forward with their most damning accusations yet. Clinton's reckless misuse of secret government information may have outed U.S. spies to hostile foreign governments.

The names of CIA personnel could have been compromised by hackers and foreign governments who penetrated Clinton's private computer server, security experts say.

Clinton, the presumptive Democratic presidential nominee, turned over to the State Department 55,000 emails from her private server that were sent or received when she was secretary of state. Some contained information that has since been deemed classified, and those emails were redacted for public release with notations for the reason of the censorship.

At least 47 of the emails contain the notation "B3 CIA PERS/ORG," which indicates the material referred to CIA personnel or matters related to the agency. And because Clinton's server was vulnerable to hacking, we should assume that hackers (and the governments they work for) have the original, uncensored emails identifying CIA employees.