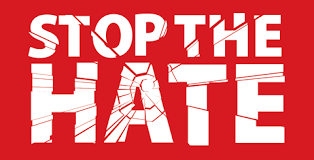 Shortly before dawn on April 30, Steve Nelson was robbed and fatally beaten by three assailants at near Lake Lowell in Canyon County, Idaho. Nelson had contacted Kelly Bryan Schnieder, who has admitted his role in the attack, through the "male escort" section of the "Backpage" social media site.

After they met at Gotts Point trailhead, Nelson offered to pay Schneider for sex – not knowing that he was about to fall prey to a "trick-rolling" gang led by a charming specimen named Jayson Woods.  An equal opportunity predator, Woods later admitted to police that "he sets people up for sexual acts, then takes all the money that is `donated' to them, then divides the money at the end of the night."

On some evenings, Woods had conscripted an unwilling ex-girlfriend to act as the lure. For the gig at Gotts Point, he enlisted Schneider, a convicted burglar who was on probation at the time of the April 30 incident.

Shortly after Schneider made contact with Nelson, he was joined by two others – Daniel Henkel and Kevin Tracy – who helped restrain the victim while Schneider repeatedly slugged him in the face and kicked him with steel-toed boots. Pleading for his life, Nelson surrendered his debit card and gave the assailants his PIN number. After stripping Nelson, they drove off to the nearest ATM, where they vacuumed out his checking account, which gave them a total of $123 to apportion among themselves.

Naked and bleeding, Nelson staggered to a nearby home, knocked on the door, and asked the owner to call 911. He was able to identify Schneider before dying of cardiac arrest a few hours later.

Nelson had been an employee at Boise State University and a gay rights activist. Adriane Bang, director of BSU's Gender Equity Center, insists that the hideous crime committed against him underscores what she describes as "the reality that our community can be a hostile and sometimes very dangerous place for folks who identify as LBGTQIA."

It's important to recognize that Nelson wasn't randomly attacked in a public street in broad daylight, or victimized in the security of his own home. He placed himself in danger by soliciting sex from a stranger in exchange for money in an isolated location. Activities of this kind shouldn't be criminalized, but they do involve an assumption of risk.

Ms. Bang also compared the killing at Gotts Point to the 1998 murder of Matthew Shepard in Laramie, Wyoming, a parallel that may be apt in ways she most likely had not intended.

Slight of build and entirely helpless, Shepard was robbed and beaten by two opportunistic criminals he had met in a bar. After being fatally pistol-whipped, the mortally wounded victim was tied to a fencepost.

Shepard was immediately beatified as a "gay martyr" and his name was immortalized in a federal hate-crimes bill. High school students across the nation are catechized in the canonized version of the Matthew Shepard martyrdom by a traveling agitprop theater troupe called "The Laramie Project" – despite the fact that the crime committed against him had nothing to do with his sexual self-definition.

"The murder was so vicious, the aftermath so sensational, that the story first told to explain it became gospel before anyone could measure it against reality," observes JoAnn Wypijewski, one of the few journalists who spent time in Laramie trying to winnow the truth from the sensationalistic chaff. "For different purposes, two sets of friends created what became the hate crime story. Without knowing the circumstances of the crime, Shepard's friends told reporters, officials and gay groups that the victim's sexuality was all one needed to know. Meanwhile, [murderer Aaron McKinney's] friends told police various versions of a gay panic story, in which Matthew made advances and Aaron snapped."

Police investigators and the District Attorney added their own embellishments by claiming, without evidence, that McKinney and his accomplice Russell Henderson "had pretended they were gay to lure Shepard out of the Fireside bar and into a fatal trap."