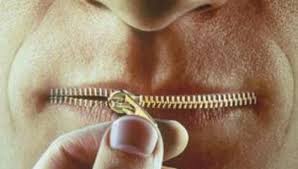 This revisionist history—a silent censorship of sorts—has proven to be a far more effective means of neutralizing radicals such as Martin Luther King Jr. than anything the NSA, CIA or FBI could dream up.

In life, King called for Americans to rise up against a government that was not only treating blacks unfairly but was also killing innocent civilians, impoverishing millions, and prioritizing the profits of war over human rights and dignity. This was a man who went to jail over racial segregation laws, encouraged young children to face down police dogs and water hoses, and who urged people to turn their anger loose on the government through civil disobedience. King actually insisted that people have a moral responsibility to disobey unjust laws.

In death, however, King has been reduced to a face on a national monument and a national holiday, neither of which even hint at the true nature of the man: fiery, passionate, single-minded in his pursuit of justice, unwilling to remain silent in the face of wrongdoing, and unafraid of offending those who might disagree with him.