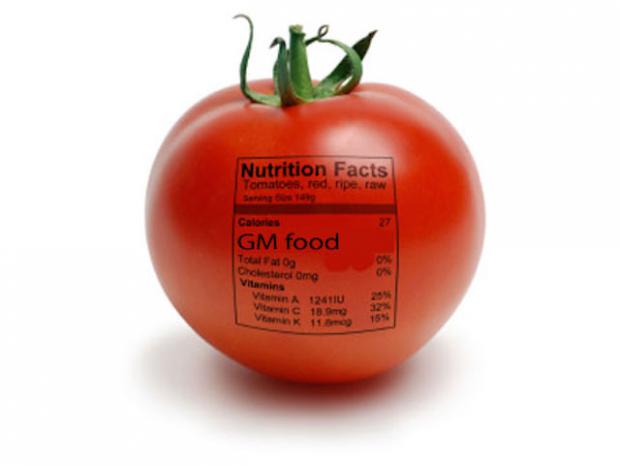 The claim is flat out wrong and shows no understanding of constitutional law or the issue of labeling of genetically engineered foods. Before rebutting it, some context is helpful. (Story by George Kimbrell, republished from CommonDreams.org.)

Right now Americans in every state are working to secure labeling for genetically engineered (GE) foods, which have been subject to significant controversy since their introduction in 1996. Polls regularly show that over 90% of Americans support their mandatory labeling. Unfortunately, unlike sixty-four countries across the globe—including all of the Europe Union, Japan, New Zealand, Australia, Brazil, Russia, China, and many others—the United States has so far declined to require labeling for genetically engineered foods, leaving the public in the dark about whether the foods we buy are transgenic.

"People are recognizing that genetically engineered crops are a key cog of inherently unsustainable industrial agriculture, and cause significant adverse environmental impacts."

What is driving this nationwide outcry for labeling? Consumers are becoming more aware that while few whole foods are genetically engineered, a substantial majority of processed foods are now produced with genetic engineering. The public recognizes that having thousands of processed foods produced with genetic engineering, yet unlabeled, is deceptive, or at best confusing, to consumers.