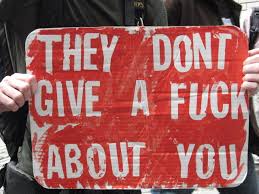 As Bob Dylan put it, "the times they are a changing!" – and that is certainly the case when it comes to the debate over US foreign policy this election season. A recent article in the Boston Globe, summarizing the observations of a group of Brown University students who tracked the foreign policy discourse of the candidates, underscored what is happening on both sides of the partisan divide:

"As we watched, Republican voters rejected every candidate who favored their party's traditional hardline foreign policies, including Lindsey Graham, Chris Christie, Jeb Bush, and Marco Rubio…. Trump, the presumptive nominee, has broken with foreign policy dogma on a host of issues. He asserts that decades of foreign wars have not been good for the United States – hardly a traditional Republican view."

The Democratic party, too, is experiencing what these youthful observers describe as a "foreign policy identity crisis":