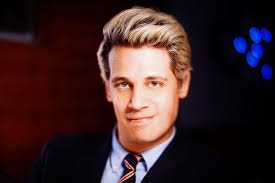 In a video released today, which can be seen below, Milo calls on Facebook's chief executive to answer for the social network's perceived bias against conservative news outlets, to explain why censorship appears to be so rampant on the network, and to challenge him about his co-operation with the German government in suppressing criticism of mass migration.

Zuckerberg indicated yesterday that he would be willing to meet with conservatives to discuss some of these issues in a Facebook post that was widely reported on. Little wonder he's acting quickly, given that the Senate is now involved.

Facebook has heavily implied that algorithms are responsible for how the site selects "trending" stories. But reports over the last few weeks have revealed that the site is heavily dependent on human editors — editors who appear to share strong liberal biases.

A former Facebook editor specifically named Breitbart as one of the sites whose content Facebook has deprioritised in the past as part of its unofficial "blacklisting" practices.

"Breitbart is one of the most-shared sites on Facebook in the world,"said Yiannopoulos this morning. "We've been one of the 25 most-engaged publications on the network for 6 months in a row. Imagine how much higher our numbers would be if Facebook weren't suppressing our content and ignoring its own users' enthusiasm for our journalism.

"Conservatives aren't evil, or selfish, or cruel. We're not monsters, despite the caricatures of us in places like Silicon Valley. We just have a different vision of how to get to where we all want to go. Censoring and de-prioritising our opinions and our favourite news sources is not on," he added.