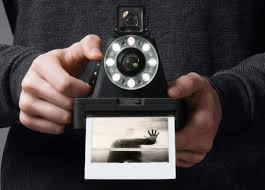 People often confuse Impossible Project with a far more famous company. It's bound to happen, because the German firm makes instant film and, now, an instant camera. "People don't even realize we're not Polaroid most of the time," says Oskar Smolokowski.

It's more like Polaroid 2.0, a young tech company with an old soul and a brand new camera to prove it. The I-1 works like the Polaroids of yore, only better. The camera is hefty (compared to your phone) and the photos are a bit unpredictable (though charming), but its modern features make it worth the $300 you'll pay for it.