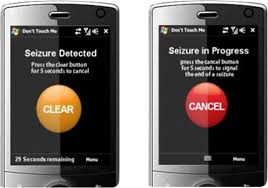 Electroencephalography is only available in hospitals, but as the sensor market expands in tandem with mobile technology, it was only a matter of time until a small, portable system would be developed. We have already seen the Embrace smartwatch, and now a German consortium headed by a team of epileptologists at the University Hospital Bonn is working to launch a new consumer option in the near future.

Called EPItect, the sensor can be worn by the patient like a hearing aid, which will pick up and measure any telltale signs of impending seizures. It will then send the information via a connected smartphone to a central computer that checks and confirms any abnormal behavior patterns and finally sends out a warning to relevant parties such as patients, relatives, and attending physicians.

Munich-based Cosinuss, a consortium member company, has already developed the sensor in the shape of an earbud. "In a preliminary study, we found that epileptic seizures can be detected very well via an accelerated pulse and certain patterns of movement", says Dr. Rainer Surges, project coordinator.