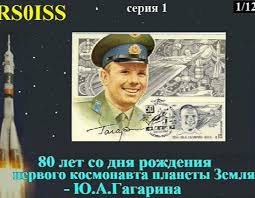 HAM radio enthusiasts around the world are freaking out this week because they've had the rare chance to receive and decode television signals from the International Space Station.

The ISS is outfitted with an amateur radio that allows it to send and receive signals from Earth. Astronauts aboard the spacecraft occasionally use it to communicate with students as a whoa I'm talking to an astronaut from my classroom sort of exercise. There have even been times when bored astronauts have turned on the radio and started talking to random people around the world.

But every once in a while, the ISS has an announced "event" where it broadcasts signals to amateur radio enthusiasts. This week, it's sending out what's known as "Slow Scan TV"—radio waves that can be decoded and turned into pictures. The technology is how we first sent images from the moon to Earth.

"Unlike normal television that takes a lot of bandwidth, it sends it quite a bit more slowly on narrower bandwidth," Ryan Reynolds, an amateur radio operator who received the picture you see at the top, told me. "It took me three minutes to get a full picture."

The images seem to mostly contain waving astronauts, though a few people have scored space race-era images from both the Russians and Americans on the station. The images do indeed come from audio—it sounds like this:

"Holy F*ck This Person Is A Sociopath":

How nose cartilage cells are being weaponized against osteoarthritis