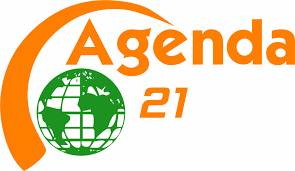 No matter who emerges as the 45th president of the USA on November 8, it is not the newly-elected president who will get to control civil life.

That privilege belongs to The Politburo of the United Nations, which while most people still seem to hold only in the abstract, now controls almost every facet of civilian life.

The United Nations Politburo is already president of the United States; the president,  prime minister and king of almost every other country on Earth.  Long before gaining—through breath-taking stealth—the highest offices of the lands, they already owned the mayors and municipal councils of both towns and cities, whose elected officials were used both knowingly and unknowingly to spread their toxic Agenda 21.

The mainstream media, which gives saturation coverage to gossip about all Republican presidential contenders, virtually ignore UN encroachment on civilian lives and file the far-reaching Agenda 21 under 'c' for 'conspiracy'.

But the UN Politburo wields more power than any Ted Cruz or Donald Trump, even though operating from the shadows.

Their members are real people.  Look at their pictures and keep their names on file.  They are the ones imposing Agenda 21 on you and your neighbourhood by pretending to have a monopoly on "sustainability".

Few of these people, whose pictures appear on Canada Free Press (CFP) are ever elected.  They are appointed in privacy.

This cabal that both runs the world and readies to impose One World Government on humankind, is going into overdrive to elect Hillary Clinton only because she will be the president who will give it the least resistance.

It was J. Gary Lawrence, advisor to President Clinton's Council on Sustainable Development, who provided an alibi for the UN push for world takeover, hiding Agenda 21's UN roots from the people: (Canada Free Press  March 1, 2011)

"Participating in a UN advocated planning process would very likely bring out many of the conspiracy- fixated groups and individuals in our society… This segment of our society who fear "one-world government? and a UN invasion of the United States through which our individual freedom would be stripped away would actively work to defeat any elected official who joined "the conspiracy? by undertaking LA21. So we call our process something else, such as comprehensive planning, growth management or smart growth."

Protected by diplomatic immunity and masquerading as 'peace makers',  the UN is reaching its über zenith some seven months before the American election.  On April 22, 130 of its world leaders will sign COP21, the all-encompassing Agenda 21, bequeathed on a largely unknowing society by an equally unknown to society, late Maurice Strong.  (Agenda 21)

"U.N. Agenda 21 calls for governments to take control of all land use and decision-making power from private property owners.  It is assumed that people are not good stewards of their land and the government will do a better job if in control.

"Individual rights in general are to give way to the needs of communities as determined by the governing body.  Moreover, it is proposed that people be resettled into islands of human habitation, close to employment centers and transportation.  Another program, called the Wildlands Project spells out how most of the land is to be set aside for non-humans.

"U.N. Agenda 21 cites the affluence of Americans as being a major problem which needs to be corrected.  It calls for lowering the standard of living for Americans so that the people in poorer countries will have more…i.e. redistribution of wealth.  Although people around the world aspire to achieve the levels of prosperity we have in the United States and will risk their lives to get here, Americans are cast in a very negative light and need to be taken down to a condition closer to average in the world.  Only then, proponents say, will there be Social Justice, a cornerstone of the U.N. Agenda 21 plan."

And all of the above is just the top, peeled-back layer of the insidious Agenda 21 killing off freedom and liberty not just in America but almost everywhere on earth.

Since Clinton's presidency and even before, no U.S. administration has ever tried to stop Agenda 21 from its chokehold on civilian life.