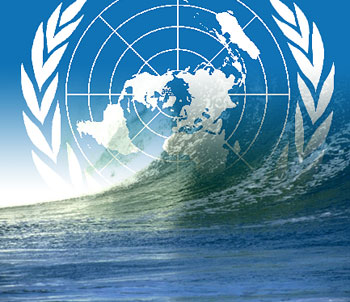 The potential shift in power involves multi-trillion-dollar issues, such as whether large areas—conceivably, as much as 30 percent-- of the world's international waters should be designated as no-go areas to protect biological diversity; whether and how to require elaborate "environmental impact assessments" for future ocean development projects; and how to divide up the economic benefits from the future development of "marine genetic resources."

Eden Charles, a diplomat from Trinidad and Tobago who is serving as the chairman for a U.N. preparatory committee that began the discussions this week underlined to Fox News that the talks are at a "very, very preliminary stage."

Overall, the hoped-for treaty will cover "two-thirds of the oceans, almost half the planet," says Lisa Speer, a senior official of the National Resources Defense Council (NRDC), which is in turn a lead member of a squadron of 33 environmentalist groups banded together as the High Seas Alliance to lobby for protectionist measures during the talks.

The rationale behind the discussions: easing the rising pressure on the world's undersea biodiversity wrought by over-fishing, pollution, the drainage of nutrients and other substances from surrounding lands, disturbance of underwater seabeds, and fears of even greater threats from underwater industrial technology, including underwater exploration for hydrocarbons.

CLICK HERE FOR THE U.N. RESOLUTION MANDATING THE TREATY

In U.N. terms, the discussions are proceeding at something like flank speed—that is, a lot slower than a melting iceberg  bobbing in the north Atlantic. They began with the initial meeting on March 28 of the preparatory committee-- "prep-com" in U.N.-speak--of nations to discuss preliminary ideas until Friday, April 8. Another two-week prep-com session will take place in August, and two more next year.