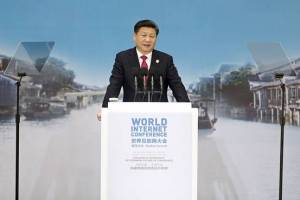 A Chinese newspaper editor said he is resigning in protest of tighter controls in the media, according to a posting on his social media account, a rare rebuke to China's Communist leaders.

The move comes amid increasingly louder calls from Beijing for the country's media to toe the party line.

Only last month President Xi Jinping visited the leading state media organisations where he called on them to "be surnamed party", which means that above all, they must answer to the party.

Yu Shaolei, the editor of Southern Metropolis Daily newspaper, posted his resignation notice on his social media account, under the title "Unable to follow your surname", an apparent reference to Mr Xi's call.

Along with a screenshot of the resignation notice, he had also written a note explaining his decision.