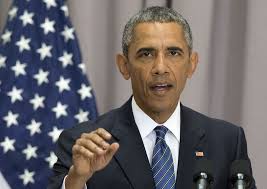 President Obama has stoked controversy after he suggested to an audience of Argentinian youth that there was no great difference between communism and capitalism and that they should just "choose from what works".

Obama responded to a question about nonprofit community organizations and the necessity of attracting funding from both the public and private sectors.

"So often in the past there has been a division between left and right, between capitalists and communists or socialists, and especially in the Americas, that's been a big debate," Obama said.

"Those are interesting intellectual arguments, but I think for your generation, you should be practical and just choose from what works. You don't have to worry about whether it really fits into socialist theory or capitalist theory. You should just decide what works," he added.

Obama went on to praise Cuba's socialist system under dictator Raúl Castro, touting the country's free access to basic education and health care, although he acknowledged that Havana itself "looks like it did in the 1950s" because the economy is "not working".

Obama concluded his comments by arguing that a market-based system "has to have a social and moral and ethical and community basis".

Reaction to the remarks wasn't pretty.

"This man is so destructive, so harmful and so ignorant," wrote Jim Hoft.

"The Marxist in the White House is erasing the lines between two dangerous ideologies and the one that made the US great, just as he erased our borders. This is a man who would be at home in communist China," chided the Independent Sentinel.

1 Comments in Response to Obama: 'There's Little Difference Between Communism and Capitalism'

Right show us were it has worked large scale and the people had freedom and prospered.....Comments like his show me some were in Illinois is missing their village idiot.