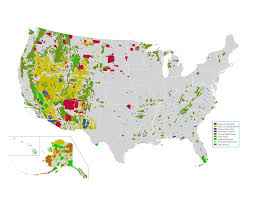 In a dispute that echoes some of the anti-government themes running through the U.S. presidential campaign, Republican lawmakers want to probe federal land management agencies they call the "root cause" of the occupation of the Malheur National Wildlife Refuge by right-wing activists in January and February.

But Democrats accuse Republicans of "dangerously irresponsible rhetoric" that encourages lawlessness and violence in the wide-open West, where the federal government polices vast tracts of wilderness.

The Democratic Party-aligned Center for American Progress on Thursday called on Congress to look into groups like the ones behind the Malheur occupation. Such an inquiry could illuminate a "network of patriot militias, financiers, and special interest groups that are currently fighting to seize control of U.S. public lands," said a report that the center shared with Reuters.

As long as Republicans retain control of both chambers of Congress, such an inquiry is unlikely, though Republicans' proposals will probably get a full airing.